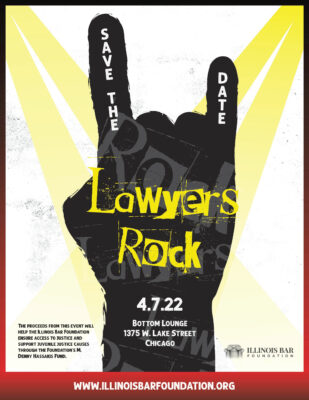 Check out this year's lawyer-led bands! 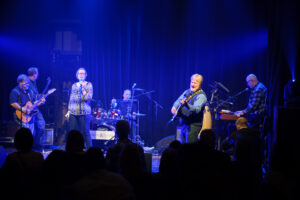 Disbard started playing together seven years ago after gathering for a bar show. Many of the band members met for the first time at that show, and afterwards just decided to keep on playing. The band has gained and lost members over the years, but the core group has remained and now even have two non-lawyers in the band! 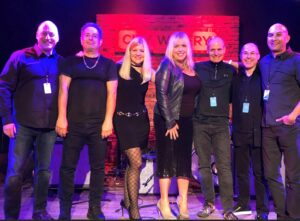 Flood Waters got together in 2014, and all members live in Elmhurst, Illinois. The band feels strongly about giving back, so it does the vast majority of its gigs for charity – doing good for the world while having fun and making music! Flood Waters’ two “lawyer members”, Amy Manning & Morgan Moran, practiced together in the same firm when they were baby lawyers. Flood Waters performed at their first Lawyers Rock in 2016, winning the Fan Favorite Award, and they are excited to be back for more! 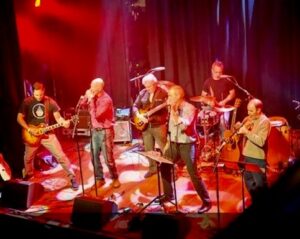 The Thornes are a group primarily composed of fathers of children who attend (or have attended) Hawthorne Scholastic Academy, a Chicago Public Magnet school located in the shadow of Wrigley Field, the home of the World Champion Chicago Cubs. At one time, the band had 14 children attending the school at the same time!

The band is comprised of a group of talented musicians all of whom played (or still play) with Chicago area bands, including three lawyers: bassist Joe Gagliardo, a Judge on the Illinois Court of Claims; Sean O’Brien, attorney and counsel for human rights at Monterrosa Law Group; and drummer Peter Birnbaum, the President of Attorneys’ Title Guaranty Fund and Chief Justice of the Illinois Court of Claims. Bob Barnett, Louie Kritikos, and Jeff Moster complete The Thornes.

The primary mission of the band is to combine our love of music with fundraising for causes of special interest to us such as Hawthorne School and the Illinois Bar Foundation. The band has played in several great venues such as Adler Planetarium, Lincoln Park Zoo, Buddy Guys, The Double Door and Schuba’s. The Thornes have been privileged to play with and as the opening act for a number of great bands and musicians, most notably Big Head Todd and the Monsters. The band has previously competed in Lawyers Rock, winning both the “Best Band” and “Fan Favorite” Awards and they’re looking to bring another win home this year! 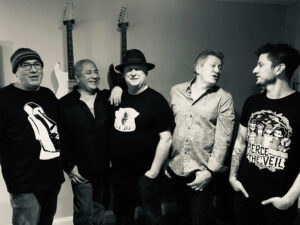 Originally formed in 2005 for the Workers’ Compensation Commission holiday party, ICY BEE (formerly known as the Industrial Commission Band) has since performed at various private events and fantastic local venues such as Excalibur, Chicago Cultural Center, Harold Washington Library, the Westin and the W Hotel. ICY BEE made their debut performance at Lawyers Rock 2019 and will rock the crowd this year with classic covers from the 60’s and 70’s and 80’s.

Other Ways to Give

Interested in learning about others ways to make an impact?

Learn More
We use cookies to ensure that we give you the best experience on our website. If you continue to use this site we will assume that you are happy with it.AcceptPrivacy Policy